A forum to air your views on Offaly GAA matters and beyond.
Post Reply
342 posts

I've missed so many games this year it hard to know where team are at.

BIRR v BELMONT
Paddy Kirwan has done a great job with Birr. He is a no bullshit manager. I have huge respect for him. He done a very good job with Birr. the Birr full back with the way Kirwan set up his team will be well protected. I have no fear of Hayes at full back he a great battler and that something we need more of in the county.
Belmont. Kenny at Centre back, God how did we waste him at full back for a 10 years. Super hurlers. Mark Egan beside him excellent.
If Birr break that line they win this.
Belmont will need a few goals and strangle that Birr half back line.
One other player i want to pick out from Birr that has improved over the last two years is Colm Mulrooney. He improving all the time and is now ready to be consider for the county panel.
Birr for me by 3.

KILCORMAC-KILLOUGHEY v SEIR KIERAN.
Kieran are weakened miss one of there best defender and pushing Eanna Murphy back weakened there half back line. Kieran have a pool of excellent hurlers but there Selfish, Don't work as a team and therefore have never reached there potential.
Tomorrow they have a chance once again to put that right.
Kilcormac Killoughey over the last have broke up the 2 lines that make them a great team. Brian Lenoard, Kevin Gorgan and Peter Healion were almost unstoppable as a unit. and Ciaran Slevin, Connor Mahon and Peter Gerarthy were the hard working half forward line that made the defender live hell. Both Line have not played together in 18 months.
Kiely for all his potential is hurled out. He isn't working hard enough to make the Kilcormac Killoughey team. Completely over trained by the county and over hurled for an 19 years old.
Kieran's always have one big game in them. Tomorrow do or die.

KINNITTY v SHINRONE
Really enjoyed watching Kinnitty play this year. There fast and smart. really nice hurlers.
Shinrone you can say the same about. Against each other this hurling wise will be the game of the weekend. There Skill everywhere.
there is two battles that will decide this game. Conor Doughan Vs Shane Kinsella. won't be in direct opposition but the amount of Ball they win could have a huge bearing on the game.
And Colm Coughlan vs Sean Cleary. main scores for both team but they can open up games with a bit of vision.
Looking forward to this game the most at the weekend. A Draw and a replay.

ST RYNAGH’S v COOLDERRY
Physical this is a mouthwatering game. both team have a combination of big men and tough little men. As Cody said last year you don't want men that will die for you, you want men that will kill for you.
everything Rynagh have done in the last 4 years is useless if they don't deliver the big one this years. There half back line is in place. there midfield is in place there half forward line is Good to OK.
The only thing left to sort out is stop Aidien Tracey for firing up his marker by talking shit to them. If he cut this out of his game Rynagh's will be unstoppable this year.
Coolderry hard to know. Were really poor and very good. have every good players. Half back line has been poor letting ball over there head and very good stopping everything.
There County Champions. there not mugs. This is an experienced bunch of players. if there a way to win on Sunday this team will find it.
Rynagh's for me.
“Common sense is not so common.”
Top

I predicted it kaiserchief and all star...

Birr would hurl ok and win in second gear

Birr would hurl ok and win in second gear


Yep, in fairness you get that spot on! Disappointed with the Belmont challenge, honestly thought they'd put it up to ye. Birr must be favourites now??
Top

i;d say most people in clareen are wondering how i think it was James Mulrooney missed an open goal in the last puck of the game they had k/k on the ropes and out but yet again missed the boat, Dan Currams seems to be coming back to the form that he was in to k.k run to the club allireland a few years ago, Conor Selvin also scored some nice points, Ger Healion went off that looked like a bad injuried near the end will be a big lost if he is to miss the semil. Seir Kierans only had Joe Bergin up front, Sean Coughlan very good at the back what a pity his not in with the county fine big man and well able to hurl.

the second game was done and dusted after 10 minutes as Birr raced in to an 1-4 to 0-1 lead against the wind Belmont came a bit into it but Birr just pulled away for an easy win. young Cahill, Emmett Nolan, Brendan Murphy tore Belmont backs apart with their speed and point taking, Barry Whelehan might be getting on but he and Barry Harding won the midfield battle, Paul Cleary was in big trouble early on and was caught for pace by Oisin Kelly , Kelly is one to watch and after Birr switch Eoin Hayes on to him he got the better of Hayes also. Belmont put him out on the half forward line again the the wind in the second half but Brian Watkins won that battle an another who should be in with the county. Birr could have a big say yet in this champoinship if their forwards get enough ball they will be a match for anyone.
Top

Once again the CB fixtures committee show their non consideration for the average club player. Junior semi called off late on Friday night between Shinrone and KK. It was suppose to be part of a triple header in OCP but because of rain on Friday was called off, fair enough, but why could it not be moved to another venue there's plenty of then around the county capable of holding it. Now you'd also imagine a lot of these players maybe cancelled work on sat so they could play, another case in a number of terrible decisions by fixtures this year.
Top

Those who doubted Lusmagh’s Senior credentials received their answer today. The lads were quite superb in dealing with their relegation semi-final against Shamrocks earlier this morning. With first use of the stiff wind, Lusmagh took a while to get going and led by just a point at the end of the first quarter. Lusmagh then began to find the range, doing better on Shamrocks’ puckout, though Wayne Mooney’s goal kept Shamrocks in with a good shout at half-time when Lusmagh led 0-15 to 1-5.

The third quarter belonged to Lusmagh though, during which they ran at Shamrocks and kept the scoreboard ticking over. Shamrocks probably panicked a bit too and hit some harmless wides from long range, only scoring once in the first ten minutes of the second half. Lusmagh qualified for Senior grade for 2017 with arguably this generation’s best display, 0-22 an impressive tally, Shamrocks hitting 1-13 in reply. Hopefully the 2017 injury list will be shorter than the 2016 equivalent.
Pat Donegan. Signed out of respect for players and all involved with Offaly.
Top

Self praise no praise an all but tink my predictions spot on if say so myself. Rynas best team, F. Forde best manager n best squad will not be stopped. Wynne, Quirke and Hernon to come back. You can say coolderry were poor but dey wern't let hurl and were sufficated.I've sad it before and ended up with egg on my face but we really believe now the famine is soon to be over. It can only be good to for Offaly.
Top

shannonbanks14 wrote:Self praise no praise an all but tink my predictions spot on if say so myself. Rynas best team, F. Forde best manager n best squad will not be stopped. Wynne, Quirke and Hernon to come back. You can say coolderry were poor but dey wern't let hurl and were sufficated.I've sad it before and ended up with egg on my face but we really believe now the famine is soon to be over. It can only be good to for Offaly.

You have won nothing yet. You could work on your spelling before posting your next comment.
Top

shannonbanks14 wrote:It can only be good to for Offaly.

Please enlighten us what difference rynaghs winning is going to do for Offaly hurling??
Top

Theres 6 or 7 of them well fit to start for Offaly. If you were in birr yest you'd a seen 4 all ireland capts introduced at half time, 3 from Rynaghs. Offaly hurlin has a long way to go to ever reach those heights again, but Offaly are nothin without a good Rynaghs contingent, FACT, and Birr to for that matter.
Top

Well in that case fingers crossed we get a Birr rynaghs final so and all our problems are sorted! We'll probably be winning the Liam McCarty in the next three years. Hard to believe Offaly have won two senior all Ireland's since rynaghs last won a county championship.
Top

I think the clue is in shannonbanks14's name... 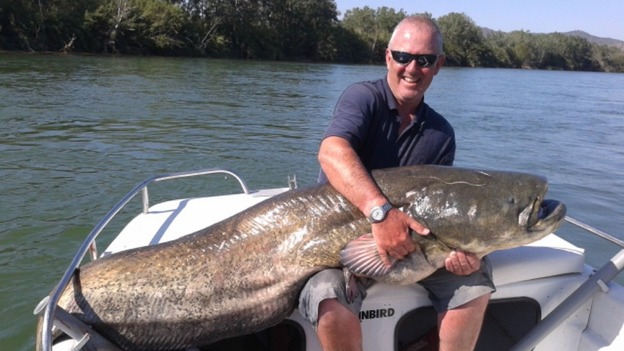